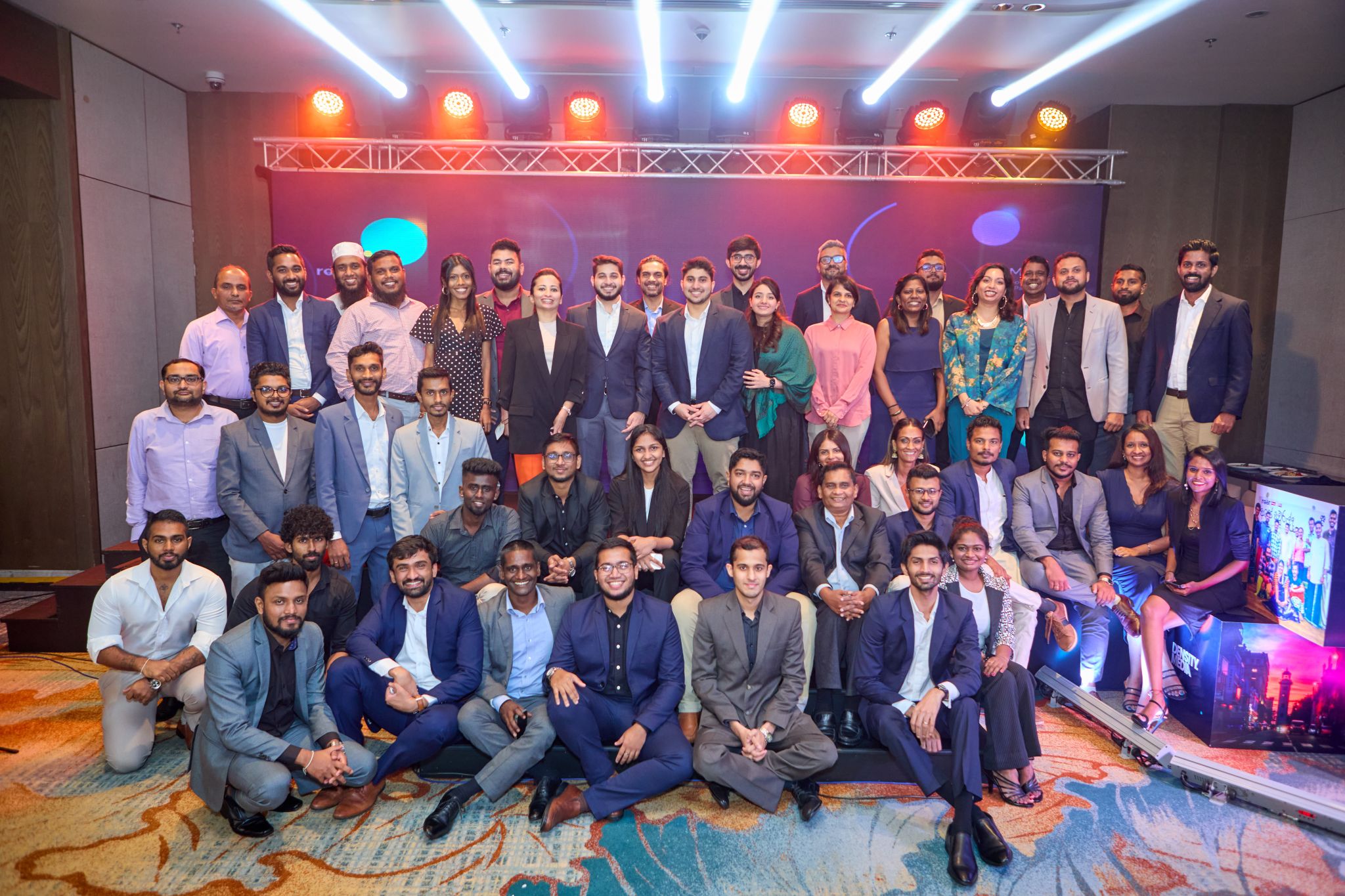 8 Years: The Evolution of Roar

Roar Global is now eight years into its mission of pioneering the future of digital media in South Asia. The journey so far has been a thrill ride of trials and triumphs that has helped us evolve from media startup to regional media powerhouse. Yet, at our core, we remain a tight-knit team sharing the same passion for authentic stories and storytelling, which we have maintained from the very beginning.

In 2014, Founder CEO Mustafa Kassim and a few freelance content creators came together to form Roar LK, an online blog that covered well-known and not so well-known topics around Sri Lankan history, art, culture, economics, people, and nature.

“It was a very challenging time, but it was also very exciting. We were still small. Digital media was being established worldwide. So were business models. There was no real set way on how a digital media company could be established or scaled.”
- Mustafa Kassim, Founder and CEO of Roar Global

Realising early the value of staying agile and flexible, Mustafa’s founding vision was simply to produce good content, and see where things could go from there. “Good” in 2014 meant credible, informative, and able to engage diverse audiences across the internet and social media, something that was crucially lacking in Sri Lanka’s media landscape at the time. We spent our early days fulfilling this perpetual need for information with story after story on Roar Media, fusing journalism with our unique flare for storytelling.

Within months of publishing, our multilingual content was already engaging thousands of followers across diverse social and cultural backgrounds. This eventually encouraged us to look beyond Sri Lanka. In 2016, two years after launching Roar Media, we expanded into neighbouring Bangladesh with Roar Bangla, which has since grown to become our biggest media platform to date.

By 2017, Roar Media was well established as an authoritative new age media company in the region. However, it was no longer the only vertical experiencing rapid growth and escalation. We had also pivoted into advertising and sponsored content for brands with a new content production house called Roar Studios.

“New media, at that time, was still a very new business, especially in South Asia,” remarked on. We looked to our counterparts in more developed markets — Vice, Vox, The New York Times — extracted learnings from what they had done, and thought about how best to implement that here in Sri Lanka. We realised that a lot of brands were coming to us, speaking about how great our content was, and how they’d like us to produce similar content for them. That’s essentially how Roar Studios was born.”
- Abdurrahman Haroon, Co-Founder & COO of Roar Global

The launch of Roar Studios was a game changer for our growth and creative evolution. With a dedicated team of content creators and strategists, we embarked on several fruitful partnerships with brands, local and international, which yielded some of our most memorable and impactful pieces to date.

From documentary storytelling and short films to social media and web content, Roar Studios enabled us to push our creative limits far beyond what we’d previously imagined. More recently, however, the rising demand for both heavy-hitting advertising campaigns and creative storytelling made us realise that we needed to double down on our creative focus and resources. So, in 2022, we launched a new creative production house called Density Media.

“Today, businesses around the world have unique advertising needs. Content production houses must therefore be agile and focused enough to offer viable content solutions. This is why Density media was formed.”
- Mohamed Ameen, Head Of Operations, Density Media

Our goal with Density Media is to streamline the focus of our content production teams and break new ground on the world stage. With its own dedicated team of content creators and strategists, Density Media focuses solely on delivering quality digital advertising content efficiently and at scale for international brands and agencies. This effectively allows Roar Studios to focus exclusively on creative storytelling for non-profit and impact-driven organisations.

But, advertising and sales at Roar Global are no longer limited to just content. Over the past two and a half years, we took our service offerings to new heights as Sri Lanka’s Meta Authorised Sales Partner. In that time, the Meta team has actively helped and trained thousands of brands and individuals, including hundreds of SMEs, to run successful advertising campaigns across Meta’s family of apps.

In 2022, Roar achieved a new milestone, becoming the Official Sales Partner for Google in Sri Lanka. Under our new business unit called 3P Media, the Digital team will now be helping Google’s clientele optimise their ad expenditure across a wide range of Google advertising products.

So, what’s next for Roar Global?

“Roar Global is the future of media. The future that we are working towards has a media that is credible, diverse, agile, innovative, and drives lasting change through positive impact within communities.”
- Mustafa Kassim, Founder and CEO of Roar Global

Given all that we’ve learnt and accomplished so far, we plan to grow and diversify even further within South Asia and around the world, enriching lives and livelihoods with that same passion for authentic stories and storytelling that started it all. 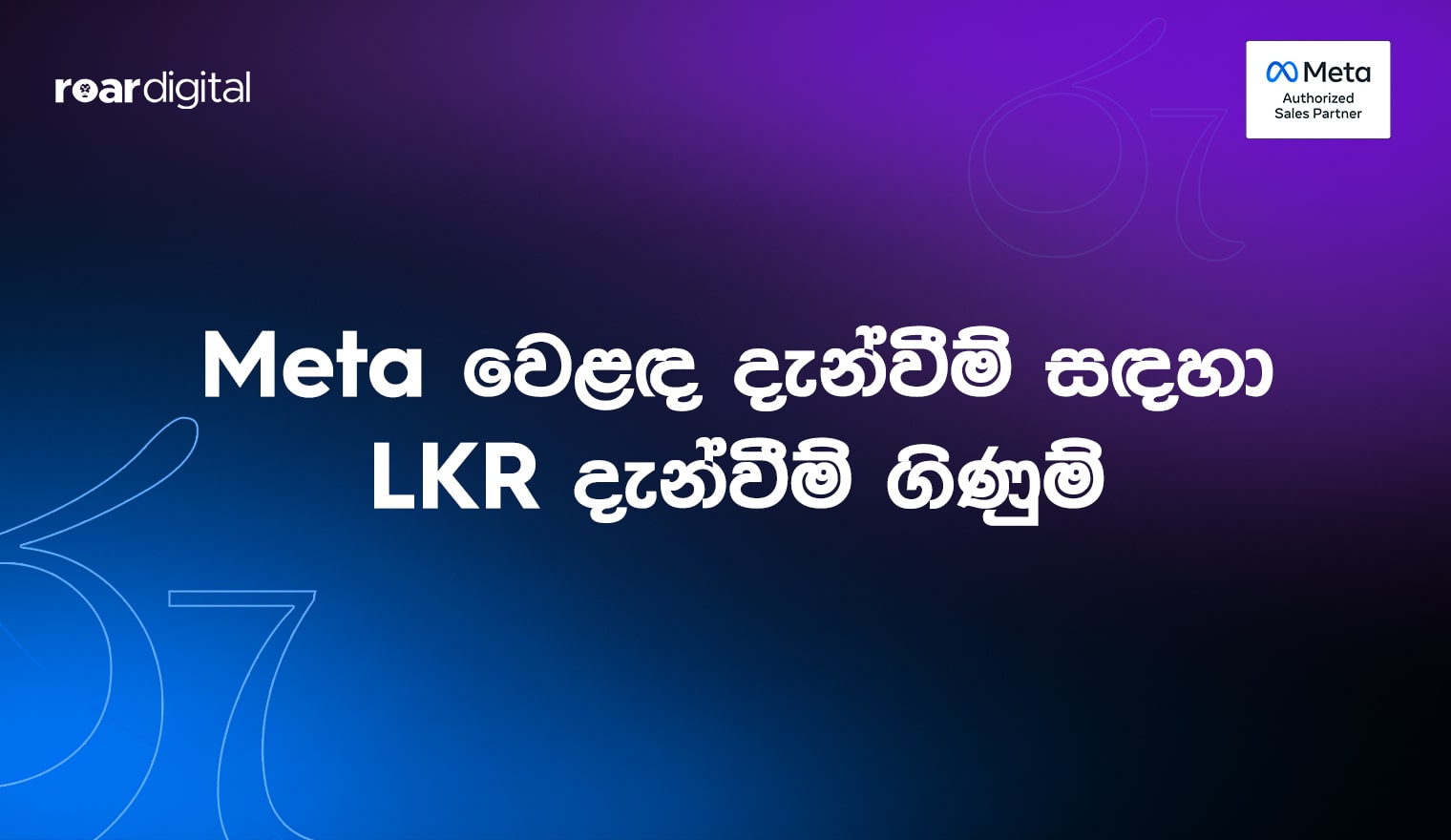